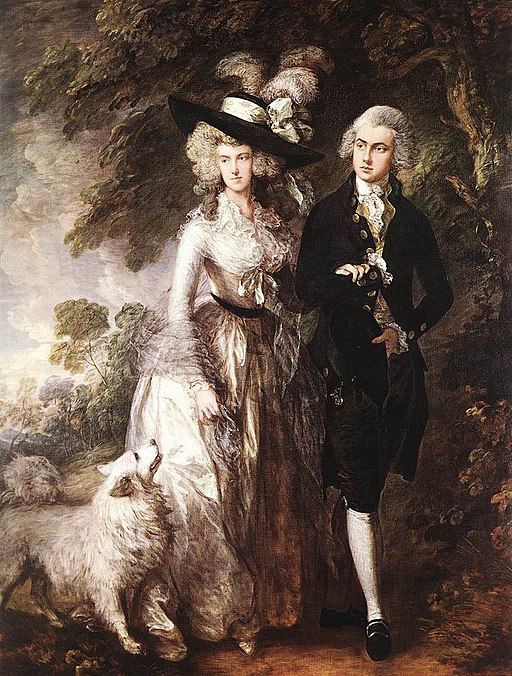 The following tables are meant to allow Presenters to quickly determine the title(s) of figures met by Player Characters in High Society. They can also be used by Players to select the status and title(s) of their own characters. As complicated as it all looks, this is actually an extremely basic treatment that greatly simplifies matters. The system of nobility in pre-Revolutionary France was actually much more Byzantine than is practical to depict here, and was seemingly designed to confuse anyone who wasn’t actually raised an aristocrat. Likewise, the outline of the English aristocracy and their titles is sufficient for game purposes, but it would doubtless fail to pass muster with the editors of “Burke’s Peerage”.

The tables exclude actual royalty, whose appearance in a scenario should always be planned beforehand.

The masculine form of a title is given first, followed by the feminine. “Styles” are the honorific expressions that are supposed to be affixed to the name of an individual who holds a title.

When referring to holders of pre-Revolutionary French titles, the name is usually given: [Style][Given Name],[Title][Family Name]. The British form is usually: [Style][Full Name],[Title]. For example:

When directly addressing the holder of a noble title, the form is usually: [Style of direct address][Name]. For example:

Remember that French is the language of High Society across Europe. Aristocrats from Portugal to Russia speak French to each other, and it is common for nobility to not speak the vernacular language of the common people. Aristocrats everywhere regard themselves as having much more in common with each other than with the middle and lower classes of their own countries.

Note: we’re talking about the illegitimate children of aristocrats here, not the questionable behavior of the upper class. Although the latter often led the former, of course!

The 17th, 18th, and very-early 19th centuries were a relatively permissive period for the upper class of Europe, when every self-respecting man of means maintained one or more mistresses, sometimes in his own house. Likewise, only the eldest children of many aristocratic mothers were the actual offspring of their legal husbands. The illegitimate children of noble men were often open secrets – treated as untitled Gentlemen and Gentlewomen, even if not formally acknowledged by the father. It was also common practice for royalty to actually bestow a noble title upon their illegitimate children, whether or not they formally acknowledge parentage. For example, a good portion of the British aristocracy is descended from Nell Gwyn, the mistress of King Charles II. On the other hand, an aristocratic mother who knew her baby would not resemble her husband might go traveling, give birth to the child in some location distant from home, and then place the child in an orphanage. Noble men might turn a blind eye to such behavior, so long as everything was kept relatively discreet, and the actual heir looked passably similar to his presumed father. Of course, the royal houses of Europe had long displayed the disastrous physical and mental effects of continual inbreeding, so quietly preventing the aristocracy from suffering the same fate wasn’t necessarily to be considered a bad thing. In any case, royal and aristocratic bastards, secret or acknowledged, are a Romantic staple that should appear in any game that features interactions in High Society.