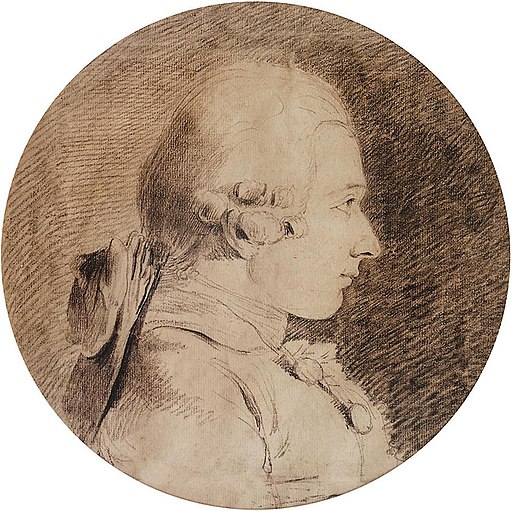 And now for a villain who perhaps needs no introduction, but a warning. Far from being merely a misunderstood rascal, Sade almost certainly deserved even more time in prison than he actually experienced. Here then is the man who has lent his very name to the term “Sadism”.

Sade affects a refined and sophisticated demeanor, but he is quick to violence if he feels insulted, or even slightly annoyed. He is an atheist and an iconoclast, yet demands all the privileges of his title. His tastes in food is gourmet, to the point of snobbishness. He requires extreme amounts of stimulation to feel any sexual satisfaction, and is in constant search for the ultimate erotic experience. He enjoys both whipping others, and being whipped himself. He finds the idea of desecration very arousing, and will often incorporate some manner of sacrilege into his sexual escapades. Besides perverse sex, Sade’s other great passion is for the theater – both as as an author, and an actor. He often combine the two pursuits, and the scenes of his sexual crimes are often carefully arranged by him for dramatic effect. The oddest part of his personality, however, is his obsession with numbers. He will inexplicably insist on acts being repeated a specific number of times, or objects being presented to him in specific amounts, without any rational reason ever given.

Sade is here depicted well before he has written the books that will make him (in)famous across Europe. He is already notorious among the police and prostitutes of Paris, but next year he will land in serious trouble for the imprisonment and torture of an unemployed cloth spinner named Rose Keller at his maison de plaisance.

Player Characters encountering Sade might be policemen working for Inspector Marais, or be private investigators working for the Marquis’ mother-in-law. They could be invited to one of his elaborate dinner parties, particularly if they are also nobility (or part of the Parisian demimonde). Perhaps they have been employed by the family of a young woman who barely survived one of Sade’s depraved soirées. Sade might possess an infamous book detailing the outer limits of pleasure and pain, which the PCs want to either read or steal. Or, maybe Sade seeks such a book, and commissions the PCs to find it. In a less scandalous vein, Player Characters could even be actors hired for a play the Marquis has written.

The Presenter could make Sade an actual member of the “Sodality of the Friends of Crime” (as described in his novel “Juliette”). In that case, the PCs might be either accidentally learn of the group’s existence, or have been actually sent by the Church to neutralize it. However, the PCs might instead be working for a rival group of hedonists who also wish to destroy the dangerous Sodality.

Sade makes a good recurring villain for Sagas that encompass decades. He will be in and out of trouble with the law for all the remaining years of his life – imprisoned for the entire period from from 1777 to 1790, becoming a politician during the Revolutionary period, and being imprisoned again from 1801 to his death in 1814. Sade’s influence could easily extend beyond his prison walls, particularly if the Presenter chooses to include the “Sodality of the Friends of Crime” as a real group.