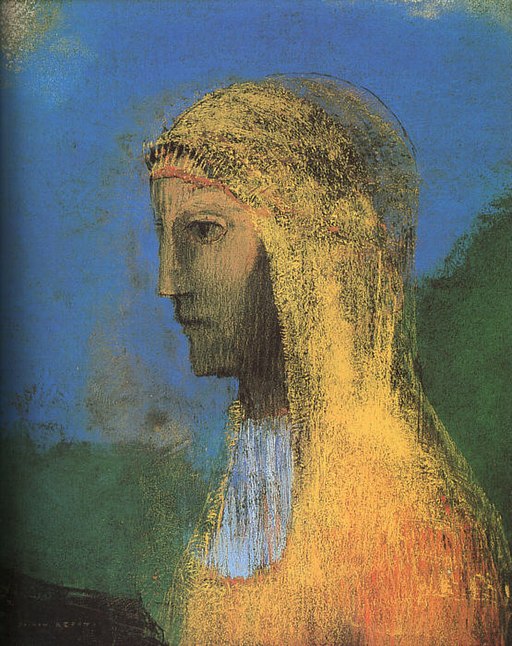 This take on the Druid Class was built for my Panzoasia setting, but would be useful for anyone who wants a Druid class that hews a little closer to Celtic legend. This conception of the Druid is less a “nature priest”, and more a magician and sage who draws their power from observing the kinds of mysterious bans and compulsions that are called “Geasa” in Irish mythology. It’s built on the same “5 Special Abilities + 2 Weaknesses” framework that I use for all my OSR Classes, allowing for easy customization by swapping characteristics.

Druids are adventuring mystics who practices the Old Ways of magic. A Druid knows the secrets of the wilderness, and is learned in the lore of plants, animals, and minerals. They are the especial friends of the Fairy Folk.

Beginning at 3rd Level, your character can assume the form of an animal of their own Hit Dice or lower, with the following conditions:

Friend of the Forest Dwellers

All forest-dwelling creatures are naturally predisposed to like your character – including Monsters of Evil Alignment (such as Green Dragons and Bugbears).

You may roll a Wisdom Check (with a +1 Bonus) for your character to do any of the following:

• Identify a natural plant, animal or mineral (but not a magical or unnatural one).

• Find a source of pure water (or know that that no pure water is present).

• Gather enough berries, leaves, nuts, lichens, and fungus to eat for 1 day (or know that there is no food to find).

• Predict the next day’s weather.

Nature Lore can be useful in any natural environment – including caves and caverns.

Your character is subject to a mysterious prohibition that mystically maintains their powers. If they violate their Mysterious Ban, they will lose all of their Special Abilities for one full lunar month. Thereafter, they must thereafter sacrifice treasure and food (equal in value to 100 times their Experience Level squared) to regain their powers.

There is an action your character must regularly perform to maintain their powers. If their fail to perform their Mysterious Compulsion, they will lose all of their Special Abilities for one full lunar month. Thereafter, they must resume observance of the Compulsion – and sacrifice treasure and food equal in value to 100 times their Experience Level squared – to regain their powers.

Your character will attract 1d4 1st Level Druids and 1d4 1st level Bards who desire tutelage, as well as 1d6 ordinary people who desire to be initiated into the ways of Druidism. All will be of your character’s Alignment (either Neutral or Good).

Permutations and Variations of the Human Druid

Once, Druids were widespread across the Ultimate West, feared and respected by all. Indeed, before the rise of the Depradators, Druids and Bards were the primary practitioners of magic among Humans – arcane Magic Users being few in number, and existing only in the Seven Cities. Despite their spells, however, the Druids could not stop the Monsters and Depradators from overrunning Panzoasia. But, the Druidic tradition ultimately survived the Reign of the Monsters, and Druids are far from extinct. Their kind are still numerous in Maeland, and roam the enchanted woods of Corthis. Many villages in Edister still extend hospitality to traveling Druids. Many Druids have found a new home in the religiously tolerant Free March. And while Druids are few in number in Bythebia, Ombratia, and Ydez, there are sacred groves yet remaining in those nations.

Most Druids are still Neutral in Alignment, but in Maeland there is a splinter order of Good-Aligned Druids who have adapted the practices of the Old Ways to serve the Powers of Light. Both kinds of modern Druids continue to wear the sacred “torc” – a rigid, collar-like neck-ring open at the front, and never removed from the neck once it is twisted into place. Both Neutral and Good Druids retain the same system of gradual initiation into the mystery of the Old Ways. There can be only a maximum of four Druids of 14th Level in the Ultimate West at any one time – a Grand Druid and Grand Druidess of Neutral Alignment, and a corresponding pair of Good Alignment.

Druids (both Neutral and Good) share symbols with the Neutral-Aligned Congregation of Life – the Tree, the Labyrinth, the Pentagram, the Spiral, and the Ouroboros (a serpent swallowing its own tail and forming a circle). Like the settled Priests and Priestesses of Life, Druids tend to dress in either undyed cloth, or else clothes colored green, red, or brown with natural plant dyes. While non-adventuring Priests and Priestesses of Life are almost always married couples, some Druids are actually under Mysterious Bans that prohibit them from taking permanent mates.

2 thoughts on “An Alternate Druid Class for OSR Games”

10 Reasons Why Ghastly Affair is Your Game This Halloween
How the Sausage is Made – Creating the Second Edition of Ghastly Affair
Did I ever mention I've written some stuff for people interested in role-playing authentic Gothic Horror and Romance in the time of Marie-Antoinette and Napoleon?
All that remain of the original dice that came with my Dungeons & Dragons Basic Set (the Tom Moldvay version with the Erol Otis Cover). I’ve had these since I was 9. Yes, the crayon is also original!
"Water Sprite". Pastel on watercolor paper with an ink wash underpainting. Censored for Instagram of course. #pastelart #pastels #elementals #fairy #fairies #magicalcreatures #fantasyart #nudeart #waterfairies #magicalbeings
A treasure chest of Old School polyhedral dice, atop my original Rules Cyclopedia - the single best D&D book ever released. Yep, that's a d30 in there!